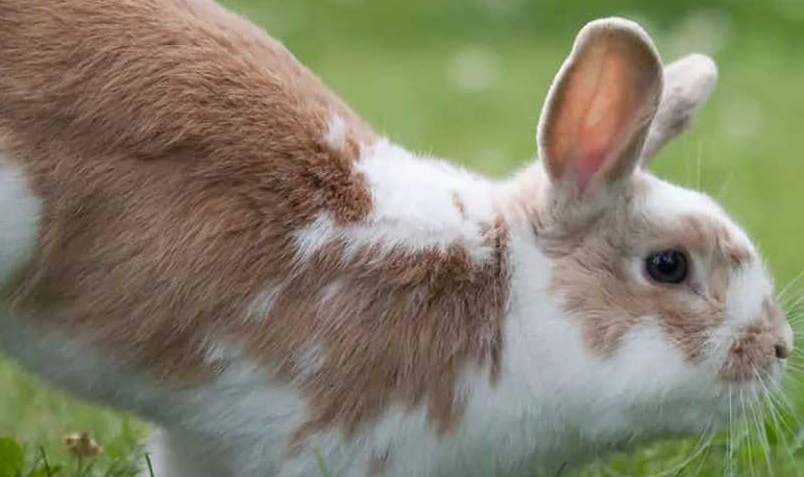 Bunnies are adorable, fluffy creatures that are often kept as pets. However, one behavior that may be confusing to bunny owners is thumping. Bunnies will often thump their hind legs on the ground, making a loud noise that can be startling to those around them. But why do bunnies thump? In this article, we will explore the reasons behind this behavior and provide tips for understanding and responding to your bunny’s thumps.

Thumping is a behavior in which a bunny will rapidly and repeatedly pound its hind legs on the ground. The sound produced by thumping can be quite loud and may be accompanied by another body language such as raising their tail or flicking their ears. Thumping is most commonly seen in adult rabbits, although young bunnies may also exhibit this behavior.

Why Do Bunnies Thump?

Bunnies may also thump as a way to mark their territory. Thumping can be a way for a bunny to announce its presence and assert its dominance in a particular area.
Finally, bunnies may thump simply because they enjoy it. Thumping can be a self-reinforcing behavior, meaning that it feels good to the bunny and they are likely to repeat it in the future.

It is also helpful to observe your bunny’s thumps over time and look for patterns. For example, do they thump more when they are hungry or when they want attention? By paying attention to these patterns, you can better understand your bunny’s needs and communicate with them more effectively.

Responding To Your Bunny’s Thumps

If your bunny is thumping because they are feeling threatened or annoyed, it is important to respect its boundaries and give them space if they need it. Avoid handling your bunny in a way that makes them uncomfortable and make sure they have plenty of places to hide and retreat to if they feel threatened.

If your bunny is thumping because they are feeling happy and energetic, you can encourage this behavior by providing them with plenty of toys and activities to keep them entertained. You can also play with your bunny or offer them treats as a reward for thumping.

Thumping is a common behavior in bunnies that can have several different meanings. By understanding your bunny’s body language and the context in which they are thumping, you can better understand their needs and respond appropriately. Whether they are thumping to communicate, mark their territory, or simply because they enjoy it, thumping is a normal and natural part of being a bunny.

Q1. Why do bunnies thump?

Ans: Bunnies thump as a way of communicating. They thump their hind legs as a warning to other bunnies or as a way to alert their human family of potential danger. They also thump when they are excited or stressed.

Q2. What does it mean when a bunny thumps?

Ans: When a bunny thumps, it typically means that they are feeling stressed or threatened. It can also mean that they are excited or want to get your attention. It’s important to observe the context and the bunny’s body language to understand the exact reason.

Q3. Can I stop my bunny from thumping?

Ans: It’s not recommended to try to stop your bunny from thumping, as it’s a natural behavior and a way for them to communicate with you. Instead, try to identify and eliminate the source of stress or excitement in their environment.

Q4. Should I be worried if my bunny thumps frequently?

Ans: Frequent thumping can be a sign of chronic stress or an unhealthy environment, so it’s important to consult with a veterinarian or a rabbit behaviorist if you notice excessive thumping.

Q5. Are there other ways bunnies communicate?

Ans: Yes, bunnies have a variety of ways to communicate, including vocalizations, body language, and scent marking. They also use grooming as a way to bond with their family members. Understanding and interpreting their communication is important for providing them with good care.