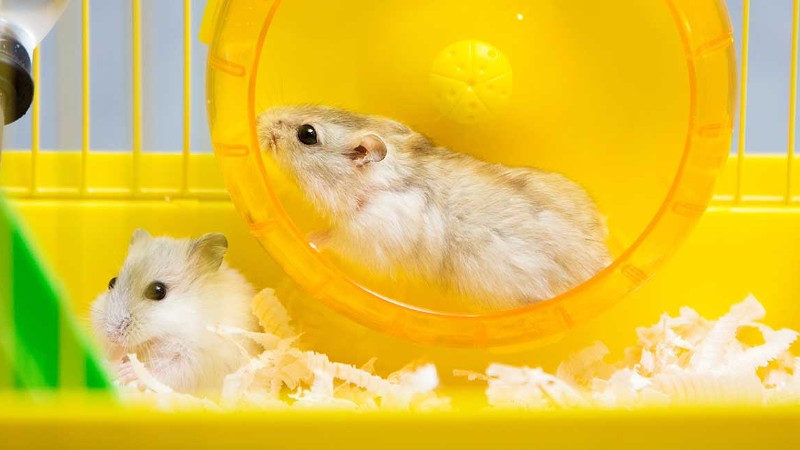 Hamsters are social animals and can often live together peacefully in the same enclosure. However, it is important to properly introduce them and make sure that they have enough space and resources.

It is also important to monitor their behavior and separate them if any aggression or bullying occurs. Overall, with proper care and attention, hamsters can live happily together in a group.

1. Can Hamsters Live Together?

2. Introducing Hamsters To Each Other

There are a few factors to consider when deciding if it is a good idea to keep multiple hamsters together:

In general, it is possible for some hamster species, such as dwarf hamsters, to live together peacefully if they are introduced to each other at a young age and have plenty of space and resources.

However, it is important to properly introduce the hamsters to each other and to monitor their behavior closely to ensure that they are getting along well. Syrian hamsters, the most common type of hamster kept as a pet, are solitary animals and should not be kept with other hamsters.

Q1. Can two or more hamsters live together in the same cage?

Ans: Yes, hamsters can live together, but it is important to ensure that they are compatible and have enough space to establish their own territories.

Q2. How can I tell if my hamsters are compatible to live together?

Ans: Observe their behavior when they are in close proximity to each other. If they show aggressive behavior such as fighting or biting, it is best to keep them in separate cages.

Q3. Can I keep a male and female hamster together?

Ans: It is not recommended to keep male and female hamsters together as they may breed and produce a large litter, which can lead to overpopulation and health issues.

Q4. Can I keep different species of hamsters together?

Ans: No, different species of hamsters should not be kept together as they have different social and territorial needs.

Q5. How much space do multiple hamsters need in a cage?

Ans: Hamsters need at least 2 square feet of cage space per hamster. It is important to provide multiple levels, hiding places, and accessories to keep them mentally and physically stimulated.