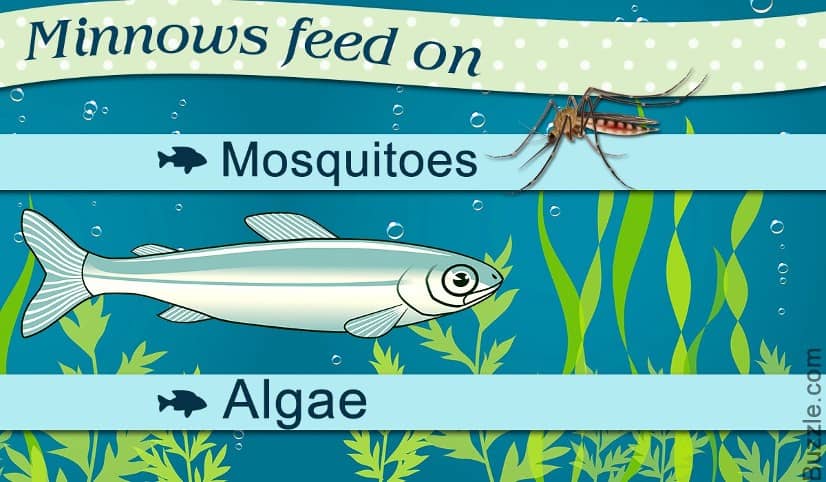 Minnow fish are small, freshwater fish that are commonly found in streams, rivers, and lakes. Despite their small size, they play a crucial role in the ecosystem, serving as a food source for larger fish and birds. But what do minnows eat? In this blog, we’ll dive into the dietary habits of these tiny fish and explore what makes up their daily meals.

Minnow fish belong to the Cyprinidae family, which is the largest and most diverse family of freshwater fish. They are found all over the world and are known for their small size, with most species measuring between 2 and 4 inches in length. Minnows come in a variety of colors and patterns, making them an attractive addition to any aquarium.

What Do Minnows Eat In The Wild?

In the wild, minnows feed on a variety of prey, including plankton, insects, and other small aquatic creatures. They are opportunistic feeders, which means they will eat whatever is available to them at the time. Minnows are also known to feed on algae, which helps to keep the water clean and clear.

Plankton is a crucial part of a minnow’s diet and is made up of tiny organisms that float in the water. These include algae, small crustaceans, and other tiny creatures that are consumed by the minnows. Minnows have small, slender bodies that allow them to swim through the water and filter feed on the plankton. 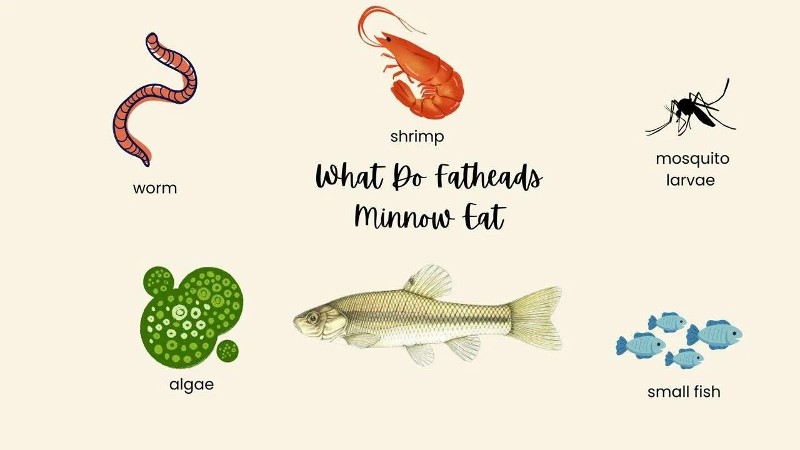 Insects are another common food source for minnows. They feed on a variety of insects, including flies, mosquitoes, and other insects that fall into the water. Minnows have sharp eyesight, which allows them to easily spot and catch insects that are floating on the surface of the water.

In addition to plankton and insects, minnows also feed on other small aquatic creatures. These can include crustaceans, such as small shrimp and crayfish, and other small fish. Minnows are known to feed on the eggs of other fish, which helps to keep the population of other fish species in check.

What Do Minnows Eat In An Aquarium?

In an aquarium, minnows can be fed a variety of different foods, including commercial fish food, live food, and frozen food. It is important to provide a well-balanced diet for your minnows to ensure their health and well-being.

Commercial fish food is a convenient and easy-to-use option for feeding minnows. It is available in a variety of forms, including pellets, flakes, and frozen food. These foods are formulated to provide minnows with all the nutrients they need to thrive.

Live food, such as brine shrimp, daphnia, and bloodworms, is another option for feeding minnows. Live food provides a natural and nutritious diet for your minnows, but it can be more expensive than commercial fish food.

Frozen food, such as krill, shrimp, and other seafood, is also a good option for feeding minnows. Frozen food can be stored in the freezer and is easy to thaw and feed to your minnows.

Minnows are small, slender fish that are found in a variety of freshwater habitats around the world. They are omnivorous and consume both plant and animal matter as part of their diet. In the wild, minnows may feed on algae, plankton, insects, and small crustaceans, as well as seeds, fruits, and other plant material.

Q1. What do minnows eat in the wild?

Ans: Minnow fish can eat a variety of things in the wild such as algae, plankton, small aquatic insects, and crustaceans.

Ans: Yes, minnows can eat fish food pellets that are formulated for small fish, but they also require a varied diet of natural foods.

Ans: Yes, minnows can eat brine shrimp as a part of their diet.

Ans: Yes, minnows can eat worms, but it is important to ensure that the worms are safe for aquatic life and free of any pesticides or chemicals.

Ans: Minnows can eat vegetables such as lettuce or spinach, but it should be blanched or boiled first to soften it, and should not be the main part of their diet.