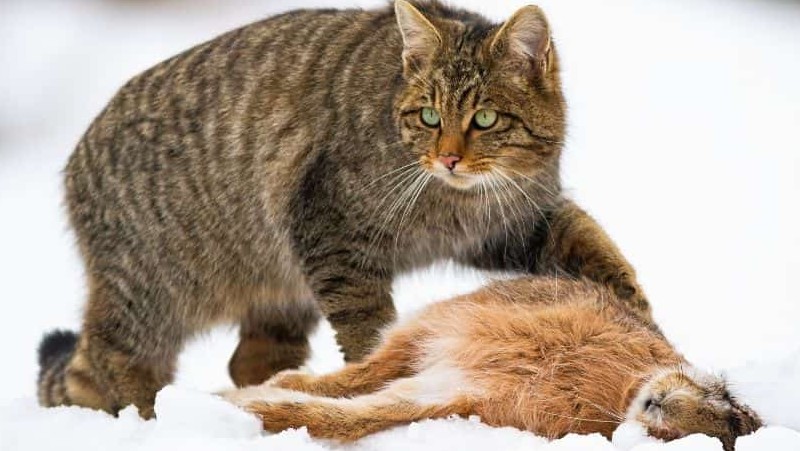 Rabbits are a common sight in many parts of the world, known for their cute and cuddly appearance. But what do these small herbivores eat, and who are the animals that prey on them? We’ll take a closer look at the natural diet of rabbits and the predators that hunt them.

The Diet Of Rabbits

Rabbits are herbivores, which means they primarily eat plants. In the wild, they will graze on a variety of grasses, clover, and other types of vegetation. They also eat bark, twigs, and leaves from trees and shrubs. Domestic rabbits, which are often kept as pets, should be fed a diet of hay, fresh vegetables, and a small number of pellets.

Rabbits are known for their ability to digest their food twice, which helps them extract more nutrients from their food. They first chew their food, then swallow it and pass it through their digestive system. The partially digested food is then re-ingested and further broken down in the rabbit’s cecum

A pouch is located at the junction of the small and large intestines. This process, known as coprophagia, allows rabbits to extract more nutrients from their food, which is particularly important during times of food scarcity.

The Predators Of Rabbits

Despite their cute and cuddly appearance, rabbits are a common prey item for a variety of animals. Some of the most common predators of rabbits include:

Hawks And Eagles: These birds of prey are known for their sharp talons and powerful beaks, which they use to capture and kill small mammals like rabbits.

Foxes And Coyotes: These canines are known for their speed and agility, which they use to chase down and capture rabbits. They often hunt in packs, which increases their chances of success.

Snakes: Some species of snakes, such as the gopher snake and the bull snake, will prey on rabbits, especially young ones. They use their strong coils to constrict the rabbit, suffocating it.

Bobcats And Mountain Lions: These large cats are known for their strength and hunting abilities. They are skilled at stalking and ambushing their prey, which makes them a formidable predator of rabbits.

Domestic Dogs: Even domestic dogs can be a threat to rabbits, especially if they are not properly trained or supervised. 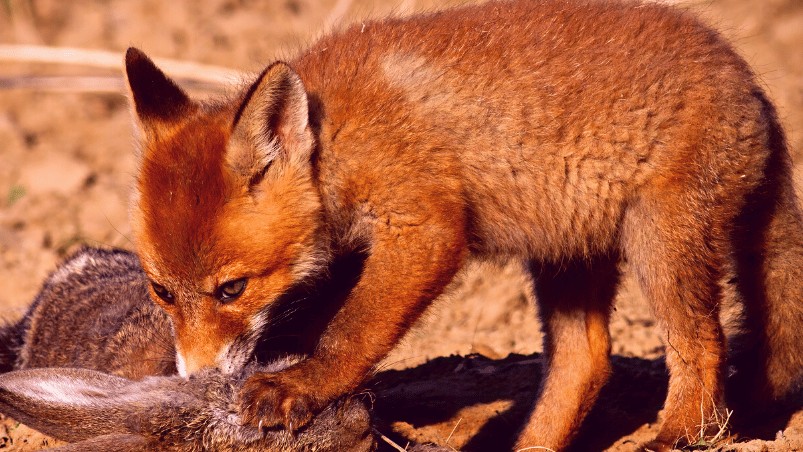 Rabbits have a few natural defenses to help them protect themselves from predators. Their speed and agility allow them to outrun many predators

And their strong hind legs allow them to make sudden and dramatic jumps to escape danger. They also have a keen sense of smell, which helps them detect predators before they get too close.

Domestic rabbits can be protected from predators by keeping them in a securely enclosed area, such as a pen or hutch.

This will keep them safe from predators such as domestic dogs, and also keep them from escaping. They also can be protected by keeping them indoors.

Rabbits are common herbivores known for their cute and cuddly appearance, but they also have a variety of predators that prey on them. Understanding the natural diet of rabbits and the predators that hunt them can help us better appreciate these small herbivores and the important role they play in their ecosystem.

Q1. What do wild rabbits eat?

Ans: Wild rabbits are herbivores and primarily eat grasses, clover, and other leafy greens. They may also eat fruits, vegetables, and bark in certain seasons.

Q2. What do domesticated rabbits eat?

Ans: Domesticated rabbits should be fed a diet that consists mainly of hay, fresh vegetables, and a small amount of rabbit pellets. It’s important to avoid foods high in sugar, starch, and fat.

Ans: Rabbits are strictly herbivores and do not eat meat. They are not capable of digesting it, and it can be harmful to their health.

Ans: Rabbits can eat carrots, but they should be fed in moderation as they are high in sugar. Fresh greens and hay should make up the majority of a rabbit’s diet.

Ans: In the wild, rabbits are preyed upon by a variety of predators including foxes, coyotes, hawks, eagles, snakes, and domestic dogs and cats. They are also hunted by humans for their meat and fur.