Dogs are often referred to as man’s best friend and for good reason. They bring joy, companionship, and unconditional love to our lives. So, it’s only natural to wonder what happens to our beloved canine companions when they pass away. Do dogs go to heaven?

There are many different beliefs and opinions on this topic, and it’s ultimately up to individuals to decide what they believe. In this article, we’ll explore some of the different viewpoints on whether or not dogs go to heaven and what happens to them after death.

The Concept Of Heaven

Before diving into whether or not dogs go to heaven, it’s important to understand what exactly is meant by the concept of heaven. In many religions, heaven is seen as a spiritual place where the soul goes after death. It is often described as a place of great beauty and happiness, where the deceased are reunited with loved ones and are free from suffering and pain.

Do Dogs Have Souls?

Many religions and belief systems hold that all living beings, including animals, have souls. This belief is based on the idea that the soul is the essence of a being, and that it lives on after the physical body dies. Some argue that dogs, like humans, have consciousness and the ability to experience emotions, and therefore must have souls.

Others, however, believe that only humans have souls and that animals do not possess this essential aspect of being. This belief is often based on the idea that humans have a higher level of consciousness and are more complex than animals.

Do Dogs Go To Heaven In Christianity?

One of the most common religions that people turn to when considering the question of whether or not dogs go to heaven is Christianity. The Christian belief in heaven is rooted in the belief in the resurrection of the body and the eternal life of the soul.

There are different interpretations of what happens to animals after death within Christianity. Some believe that animals do not have souls and therefore do not go to heaven. Others, however, argue that all living beings, including animals, have the potential to go to heaven. 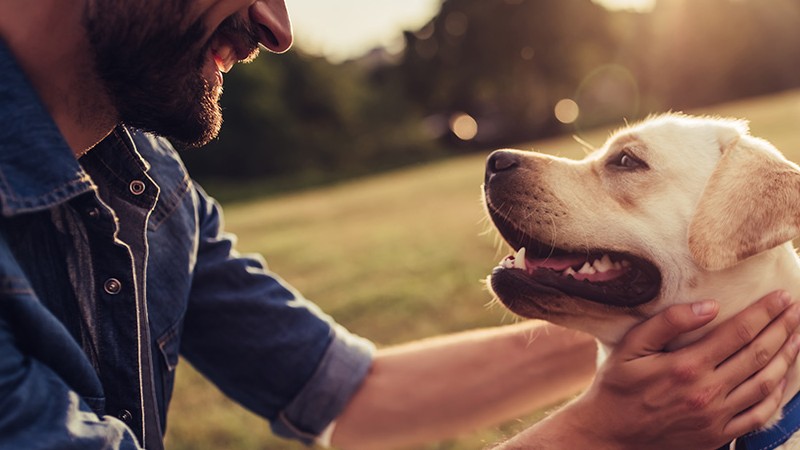 One interpretation is that animals do not have souls in the same way that humans do, and therefore do not go to heaven in the same way that humans do. However, it is believed that God created all living beings and has a special place in His heart for them. Some Christians believe that animals may have their own spiritual realm or paradise, separate from that of humans.

Do Dogs Go To Heaven In Other Religions?

The belief in whether or not dogs go to heaven is not unique to Christianity. Many other religions and belief systems also have their own views on the afterlife and the fate of animals after death.

Ultimately, the question of whether or not dogs go to heaven is a deeply personal and philosophical one, and there is no one answer that is accepted by all. Different religions and belief systems have their own views on the afterlife and the fate of animals after death, and it is up to individuals to decide what they believe.

For some, the idea of their beloved canine companion going to a spiritual realm after death brings comfort and solace. For others, the belief that all living beings are interconnected and that the essence of their loved ones lives on through the cycle of reincarnation brings peace.

Regardless of what one believes about the afterlife and the fate of animals, it is clear that dogs bring joy, love, and companionship to our lives and will always hold a special place in our hearts.

Q1. Do dogs go to heaven when they die?

Ans: This belief is based on personal and religious perspectives, and there is no scientific evidence that can confirm or deny this. Some people believe that dogs, like all living creatures, have a soul and that they will be reunited with their loved ones in the afterlife.

Q2. Is there a belief in a specific afterlife for dogs in any religion?

Q3. Can I find comfort in the idea of my dog going to heaven?

Ans: Many people find comfort in the idea that their beloved pets are in a better place after they die. Believing that they will be reunited with them in the afterlife can bring peace and closure.

Q4. Is there a way to honor my dog after they passed away?

Ans: There are various ways to honor your dog after they passed away, such as creating a memorial, planting a tree, or donating to an animal welfare organization. You can also talk to a therapist or counselor to help you deal with the loss.

Q5. Is it okay to grieve for my dog as I would for a human?

Ans: Yes, it is perfectly normal to grieve for your dog as you would for a human. They are a part of your family, and the bond between you and your dog is real and strong. It’s important to allow yourself to grieve and process your emotions.