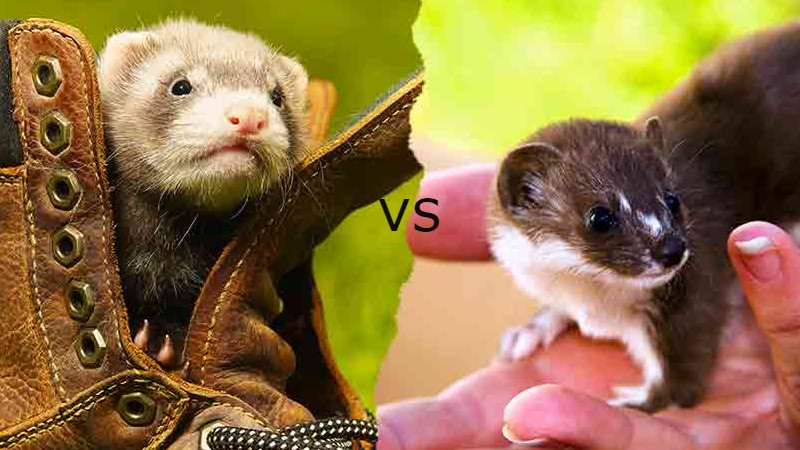 However, there are several differences between weasels and ferrets that set them apart from each other. In this article, we will explore the distinctive features and behaviors of weasels and ferrets and provide some helpful tips for identifying them.

Weasels and ferrets have similar physical characteristics, but there are a few key differences to look out for. Weasels have longer, more slender bodies than ferrets, with longer tails and shorter legs. They also have a more pointed snout and smaller ears compared to ferrets. Weasels have a reddish-brown coat in the summer and a white coat in the winter, which helps them blend in with their surroundings.

Ferrets, on the other hand, have a more stocky build and shorter tail, with a pointed snout and larger ears. They come in a variety of colors, including albino, sable, and black, and their coats are generally thicker and softer than those of weasels.

Weasels and ferrets have different behaviors and habitats. Weasels are found in a variety of habitats, including forests, grasslands, and agricultural areas. They are active both day and night and are known for their high energy levels and playful nature. Weasels are also solitary animals and are not typically kept as pets. Ferrets, on the other hand, are domesticated animals that are often kept as pets.

They are generally more docile and less energetic than weasels and are more social animals, enjoying the company of humans and other ferrets. Ferrets are also more adaptable to different environments and can thrive in a variety of habitats, including homes, farms, and outdoor enclosures. 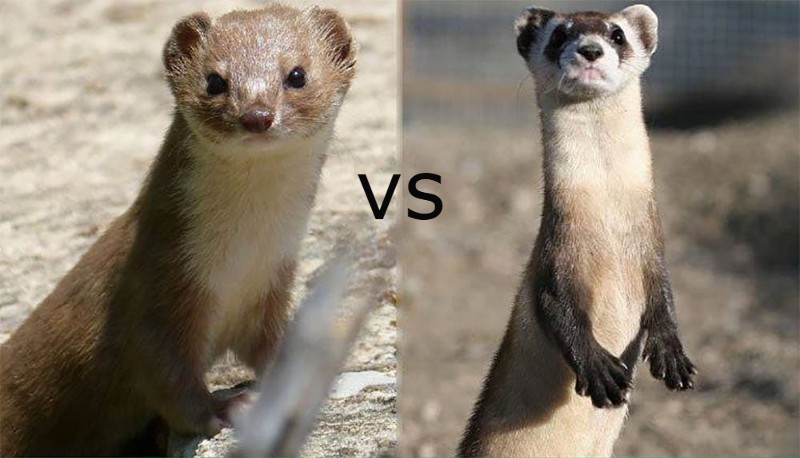 Weasels and ferrets have similar diets, consisting primarily of small rodents and birds. However, weasels are skilled hunters and are known for their ability to kill prey that is larger than themselves. Ferrets, on the other hand, are not as skilled at hunting and are generally fed a diet of commercial ferret food or small rodents.

Weasels and ferrets are similar in many ways, but they also have distinct differences that set them apart. Weasels are solitary, wild animals with longer, more slender bodies, while ferrets are domesticated animals with shorter, stockier bodies and more docile natures.

Q1. What is the difference between a weasel and a ferret?

Q2. Are weasels and ferrets similar in appearance?

Ans: Weasels and ferrets are similar in size and shape, both have long, slim bodies and short legs. However, ferrets have a more domesticated appearance due to selective breeding, and their coat is usually thicker and smoother than a wild weasel’s coat.

Q3. What are the behaviors of weasels and ferrets?

Q4. How do weasels and ferrets differ in terms of diet?

Ans: Weasels are carnivorous animals that primarily eat small mammals, birds, and insects. Ferrets, on the other hand, are also carnivorous, but they are typically fed a diet of commercial ferret food, or a combination of protein-rich food such as chicken or turkey, and vegetables.

Q5. Can weasels and ferrets be kept as pets?

Ans: Weasels are wild animals that are not suitable to be kept as pets due to their aggressive and territorial behavior. Ferrets, on the other hand, can be kept as pets and have been domesticated for over 2,500 years. They are known for their playful and curious nature and can be easily trained. However, it’s important to check the laws and regulations in your area as some places might not allow ferrets as pets.